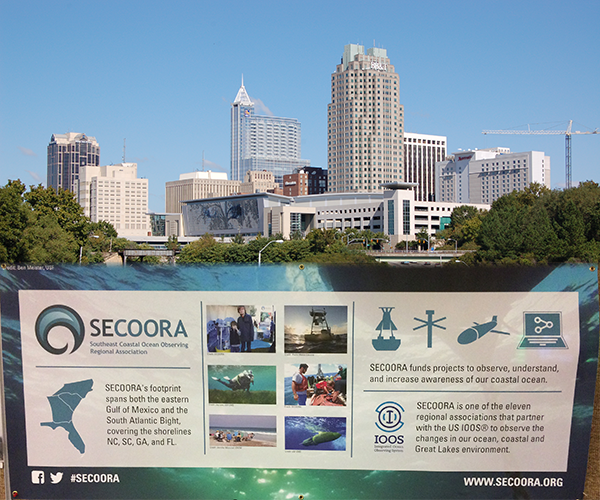 North Carolina State University in Raleigh North Carolina played host to the SECOORA board, business, and stakeholder meeting on May 18. Dr. Ray Fornes, Associate Dean for Research, NCSU College of Sciences welcomed us, stating that NCSU is focused with working with the broader community. “We are proud of our background and pleased to host SECOORA meeting,” said Dr. Fornes. 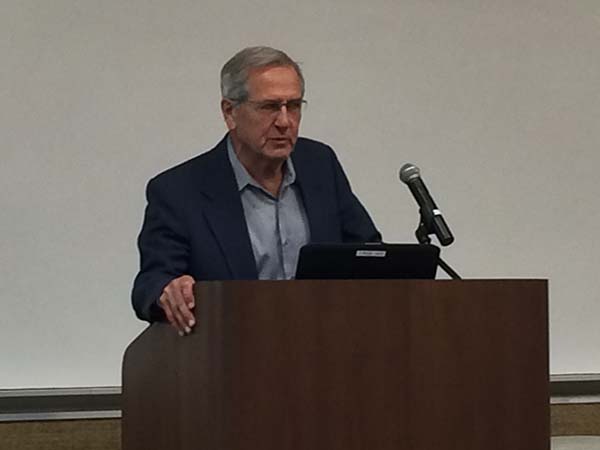 It is always great to attend the Regional meetings to see the progress from year to year. A hearty congratulations to SECOORA for the following accomplishments:

SECOORA thanked their sponsors and continues to work closely with industry as they develop the SEOORA footprint. Photo Credit: NOAA/IOOS

SECOORA spent the first morning developing their strategic plan and, throughout the remainder of the meetings, sought support for their outreach and engagement activities. SECOORA developed core values and will work with the community to refine those going forward. 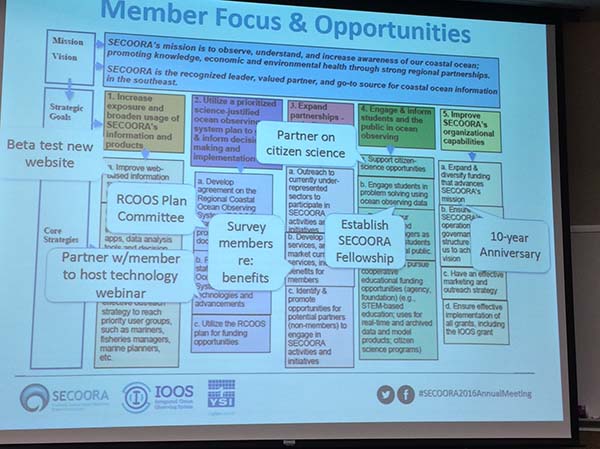 The meeting was a combination of presentations, panels and demonstrations. Congratulations to SECOORA on their new data portal that was released during the meeting! It allows users to explore, download and visualize ocean and coastal data in the Southeast US. I had the chance to address SECOORA, (download my presentation here), and Josie Quintrell, Executive Director, IOOS Association, presented the Gaps Campaign which has resulted in a $2 million dollar increase in the Senate and House FY17 budget marks. 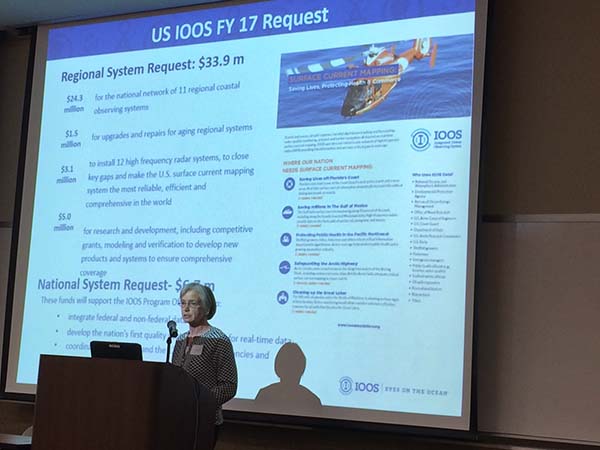 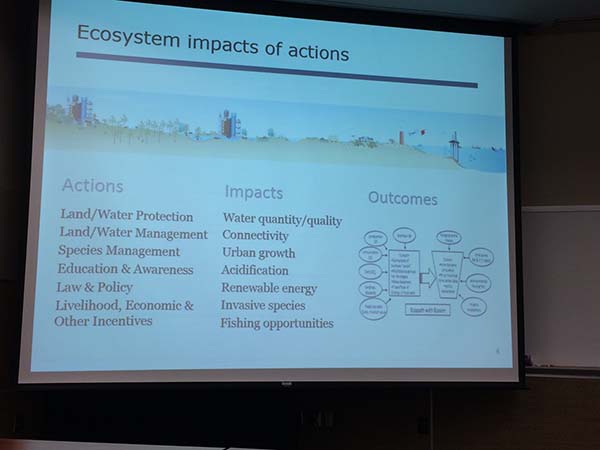 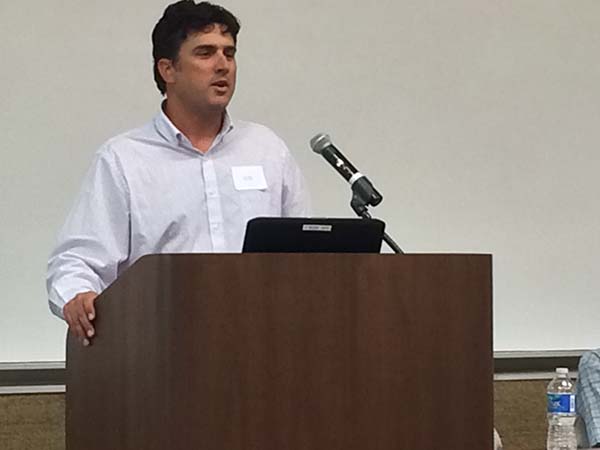 Chris Taylor, NCCOS: Need better information on dynamics of habitats. Less than 10% of the SE has been surveyed modern sonar, less than 1% has been interpreted to sea floor habitat types. Photo Credit: NOAA/IOOS

Finally, it was time to bid a fond farewell to SECOORA board members who had reached their limit of serving per the organizations's bylaws. Nick Shay, Roger Pugliese and Conrad Lautenbacher have been strong supporters and hardworking members so it was bittersweet for Debra Hernandez to say goodbye. 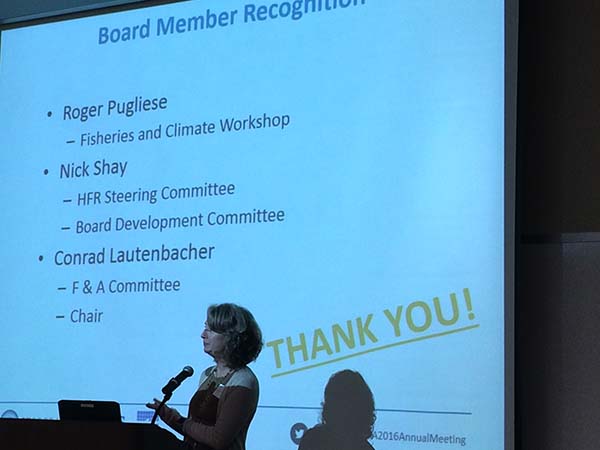 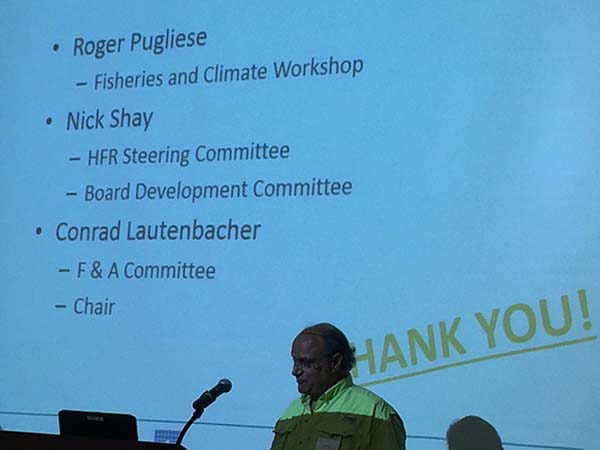 Pugliese: “I am proud of working with SECOORA to connect them to fish management needs and I will remain engaged.” Photo Credit: NOAA/IOOS 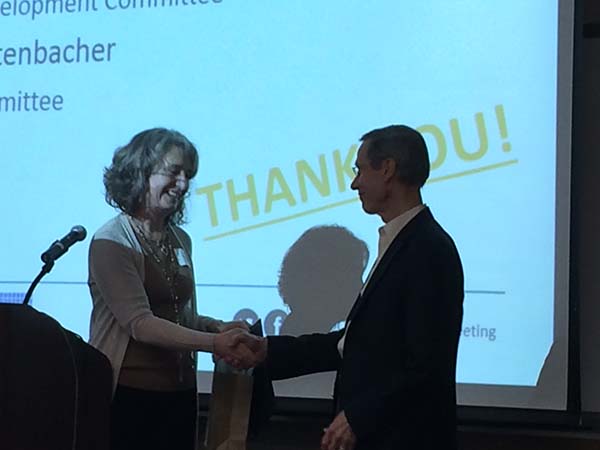 Lautenbacher: “I have been proud to be part of SECOORA and to see how much we have accomplished, IOOS is an important Federal program.” Photo Credit: NOAA/IOOS