New Biosensor Deployed ahead of HAB Season in Pacific Northwest 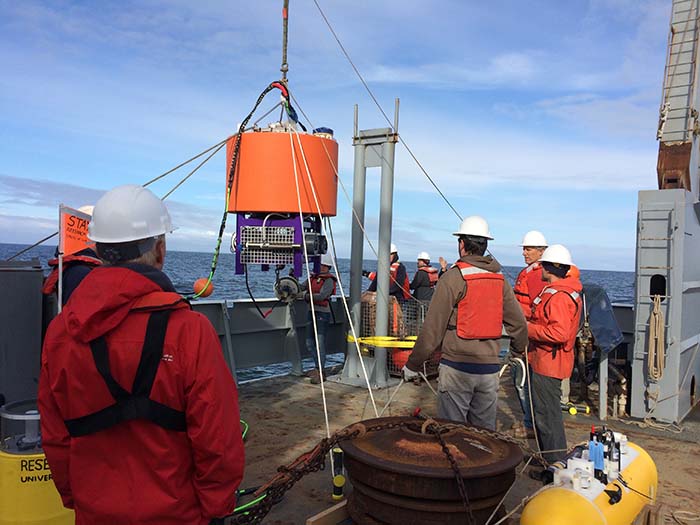 On Monday, a University of Washington research vessel placed a new, advanced ocean observing biosensor off the coast of LaPush, Washington.  The sensor will work for the next 6 weeks to detect early signs of harmful algal blooms (HABs) which produce toxins that are dangerous--and even fatal--to humans.

HAB toxins can produce a neurotoxin, domoic acid, which can result in severe side effects including vomiting and diarrhea, short-term memory loss, seizures, and even death. The toxin can accumulate in shellfish and finfish, making their consumption a significant public health concern.  This effects not only individuals, but poses a disproportionate health threat to tribes who often rely on seafood as a key component of their diet. It can also have devastating effects on the fishing and hatchery industries, even prompting their closure when safe catch cannot be reliably found.

The placement of ESPs in the water off the Washington coast is part of an ongoing Ocean Technology Transition project, aimed at building an early warning system for HABs in the Pacific Northwest.  This is the first Pacific Northwest deployment of the new Environmental Sample Processor (ESP), a self-contained underwater laboratory developed by researchers at the Monterey Bay Aquarium Research Institute (MBARI) which contains toxin sensors developed by NOAA’s National Centers for Coastal and Ocean Science (NCCOS).  Originally scheduled for a single deployment in August--peak HAB season--an additional “early indicator” deployment was funded and scheduled for May after the bloom that temporarily shuttered the Pacific Northwest shellfish industry last year was first detected in the spring.  Although conditions this year are not currently as favorable toward HABs, that is subject to change.

The ESP is moored in a location immediately south of the Juan de Fuca eddy, a site known for initiating HABs, and is directly in the anticipated path.  Now deployed, it will collect and process samples every 2-5 days.  Once processed, data is sent back to researchers and made available to the public via the NVS data portal on the Northwest Association of Networked Ocean Observing Systems (NANOOS) website.  This information can be accessed by anyone, but will be especially valuable to Fisheries managers and scientists forecasting HABs. 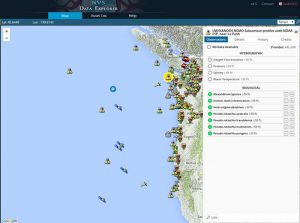 The NVS Viewer on the NANOOS site, showing the location of the ESP.

An earlier version mistakenly credited the development of the ESP to NCCOS rather than MBARI.  This has been clarified above.