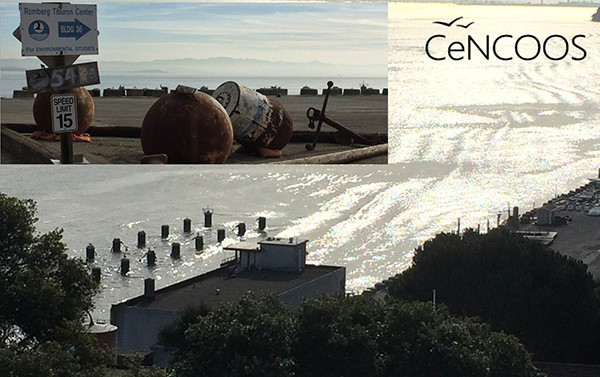 The Romberg Tiburon Center for Environment Studies hosted the CeNCOOS governing council meeting. The Center was established in 1978 by Paul F. Romberg, then President of San Francisco State University, on part of a 46 acre piece of land with a rich history. The site was first used 1877 as a packing plant for codfish. The Navy then used it as a ship coaling station, and later loaned the site to the state of California, where the state established its first nautical training school. During World War II the Navy returned and used the facility for the construction of anti-submarine and anti-torpedo nets. After the Korean War, the Navy transferred the property to the Department of Commerce. In the 1960's, it housed the National Marine Fisheries Service's Southwest Fisheries Center (NMFS), as well as the Minerals Management Technology Center. In the 1970s, NMFS consolidated their operations to 10 acres, and San Francisco State established the Romberg Tiburon Center on the newly available 36 acres.

Zdenka presented on IOOS national perspectives; view her presentation here. Dave Anderson, Program Director, CeNCOOS, provided highlights from their program in central and northern California, where they operate 27 radars, 13 shore stations, 4 models, 2 glider lines, one data portal, and fund 20 Investigators. With those resources, CeNCOOS has both the history and the cutting edge research to guide them where they need to go next. Dave summed up his first 14 months at CenCOOS as exciting and non-stop. Conditions in the Pacific have been unusual over the past 2 years: starting with blob — warm sea surface temps, but not El Niño, no tropical anomalies or deeper warm temp; then El Nino appears in 2015 — comes in [like Godzilla (but not exactly)] and with strong ecosystem consequences. And through it all, CeNCOOS was there to document all of these events as they unfolded. 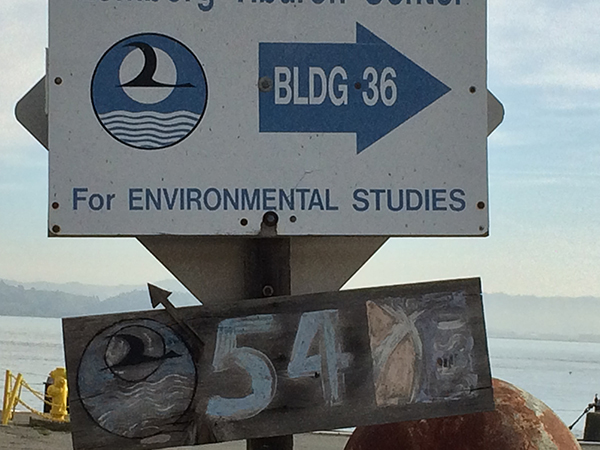 Romberg Tiburon Center has both its own research going on and also is home to some of the CeNCOOS observing assets. Photo Credit: IOOS/NOAA

The Atrium of the RTC allows for the staging of observing and experiment equipment. On both sides are high tech laboratories. Photo Credit: IOOS/NOAA 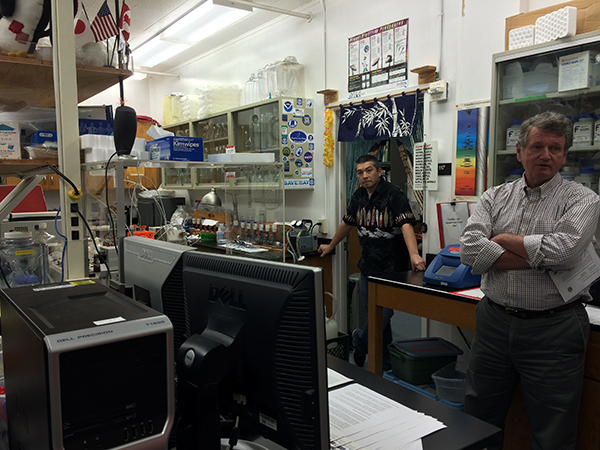 Senior Research Scientist Dr. Bill Cochlan’s lab, where they investigate phytoplankton. They determine the factors that control phytoplankton growth, their nutrition in the sea and their distribution in the marine environment. Photo Credit: IOOS/NOAA 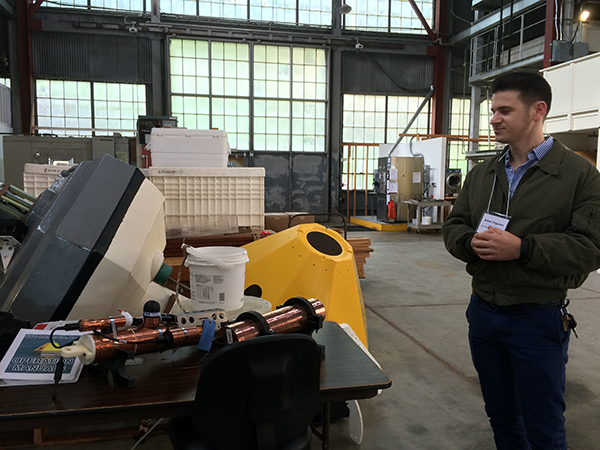 Dr. Adam Paganini talks about the upcoming Ocean Acidification buoy that will be deployed. We look forward to another asset in the IOOS Pacific OA portal. Photo Credit: IOOS/NOAA 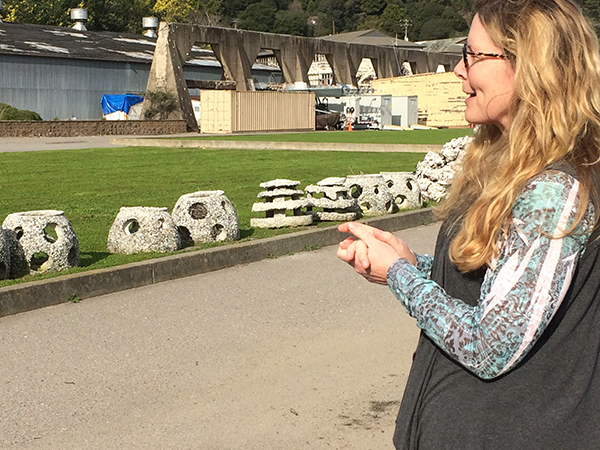 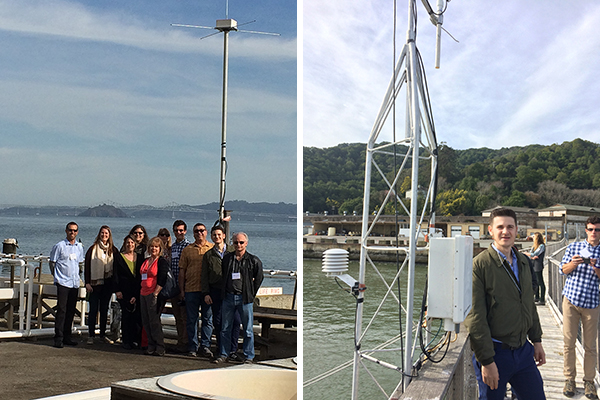 Left: site of one of 26 CeNCOOS High Frequency Radars, which give us a good understanding of the water flow inside the San Francisco Bay. Right: CeNCOOS has its shore station on the end of the pier. These are the meteorological sensors. Photo Credit: IOOS/NOAA 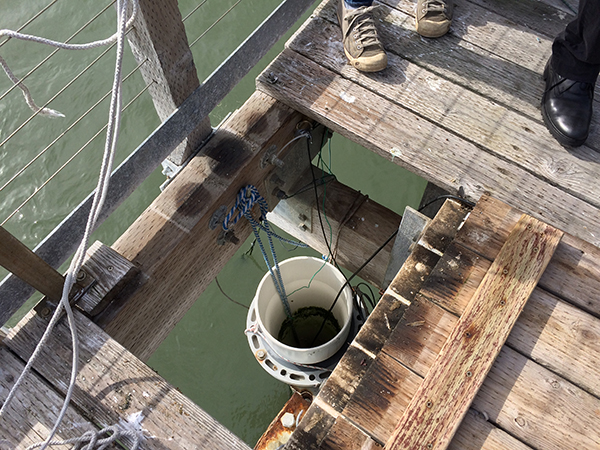