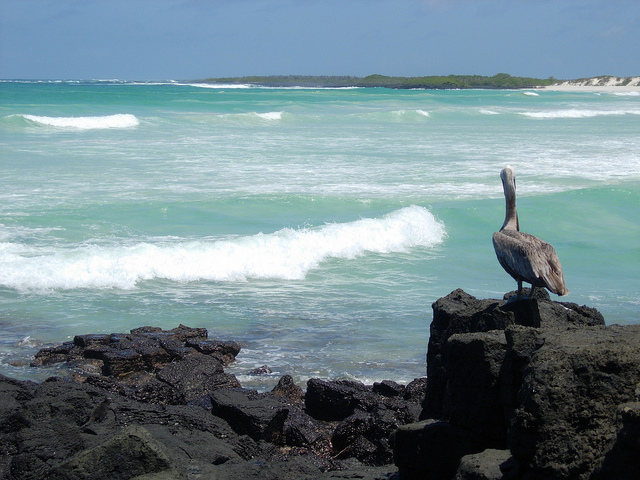 A pelican looks out over the ocean in the Marquesas Islands. Photo Credit: Lieutenant Rebecca Waddington, NOAA Corps

Did you know that Earth's oceans are really just one big, world ocean?  It’s commonly divided into 5 areas for easy reckoning—Atlantic, Pacific, Indian, Arctic, and Southern—but it’s all the same interconnected body of water! 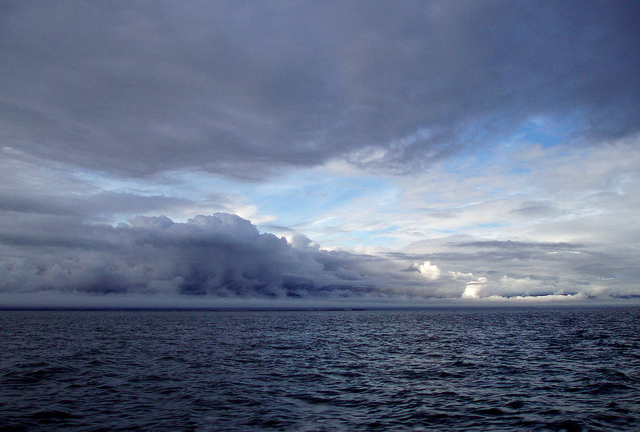 Covering more than 70% of our planet and containing 97% of the world's water, the ocean touches everyone's lives everyday--even if they've never seen it! For example, the ocean drives weather all over the globe.  When it comes to sunlight, the ocean acts like a big battery, storing up warmth from the sun's rays more effectively than land.  When ocean currents pull that warm water north and south, that heat travels with it, helping regulate temperatures all over the globe. When surface temperatures are very warm, some of that water rises into the atmosphere and builds rainstorms--sometimes truly ferocious ones like hurricanes, but also that summer rain shower that makes the world smell clean again, or that winter sleet that gives you an extra day off! 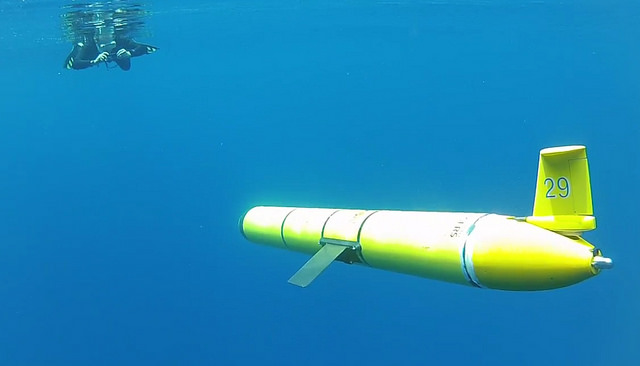 A diver photographs glider RU-29. This glider, called Challenger, is halfway through it's mission to circumnavigate the south Atlantic Ocean, gathering information all along the way! Photo Credit: Rutgers University Center for Ocean Observation Leadership

But even as important as it is, the ocean is huge and as much as 95% of it remains unexplored.  There are so many things we are still learning about this powerful force, and ocean observing is a key to understanding it and, by extension, the world.  By knowing what’s going on in the ocean right now we can learn so much. 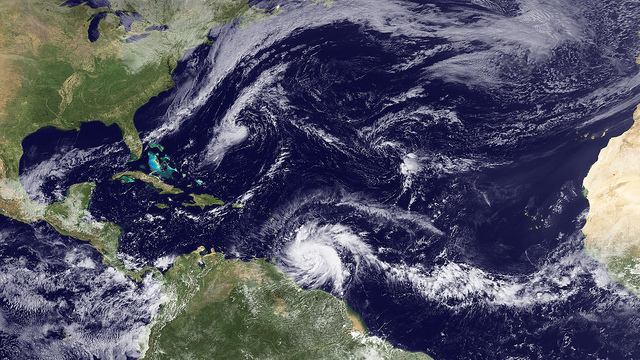 By seeing how fast the currents are moving, or how warm the surface temperature is, we can know a thunderstorm or a hurricane is brewing and begin to prepare.  You might not need the exact measurements, but you need to know how the weather service analyzed it so you can bring an umbrella tomorrow. 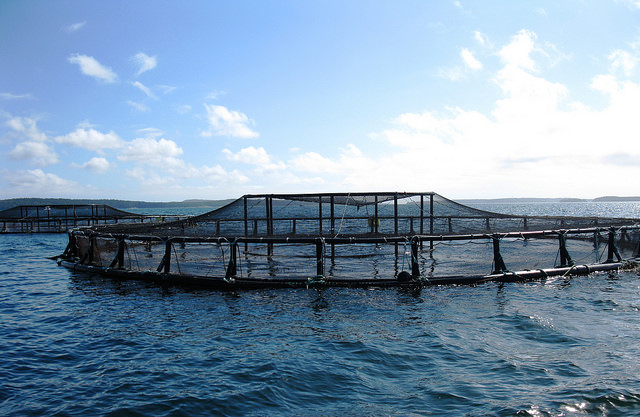 An open water fish farm pen, an example of aquaculture, in the ocean off the coast of Maine. Photo Credit: NOAA

By learning where marine life is appearing (or not!) we can forecast coming changes to the ocean, like harmful algal blooms that devastate fisheries.  It might not mean a lot to you that pseudo-nitzchia has been detected off the coast somewhere far away, but the fishermen and hatcheries care—they know that means they need to take steps from providing toxic catch to the market. 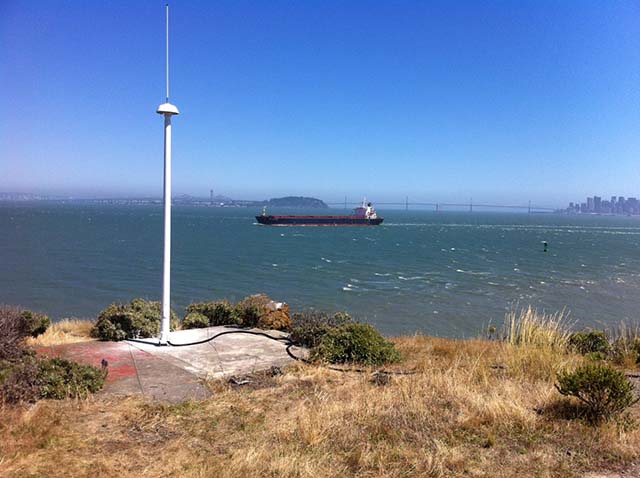 Ocean observing combines cutting-edge technology—like underwater robots and high-frequency radar—with historical records and citizen science to keep us ahead of the curve.  By creating a strong network with data standards and sharing that data with other ocean observing groups all over the world, we can build a system that not only has today’s data, but yesterday’s, last year’s, and data from past decades.  This lets us spot changes and trends in the ocean, and with that we can forecast coming events, keep tabs on climate change, and prepare ourselves for the future.  The ocean is an important force in all our lives, and ocean observing is the tool that lets us work with it.