Highlights From 2015 SECOORA Annual Board and Stakeholder Meetings

The Southeast Coastal Ocean Observing Regional Association (SECOORA) held its annual spring board and stakeholder meeting May 19-20 in Jacksonville, FL. 60 stakeholders hailing from regional universities, local and federal government bodies, nonprofits, and private industry gathered to discuss the latest developments in the region, share experiences and best practices, and plan for the future of the SECOORA enterprise. 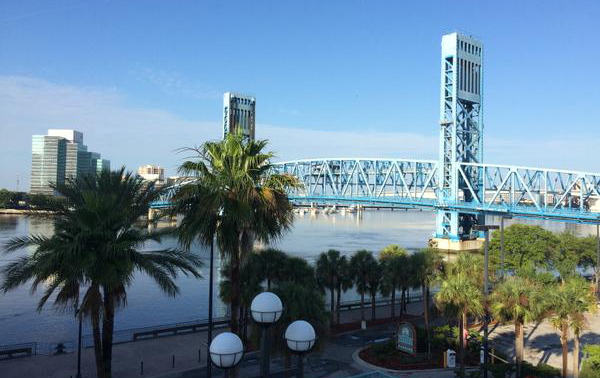 “SECOORA is the Glue that Holds the System Together”

SECOORA Director Deb Hernandez reported on how far SECOORA has come since its inception 5 years ago. A stakeholder survey of SECOORA activities found that SECOORA is making a positive impact in integrating the diverse number of ocean and coastal activities in the region. SECOORA has seen 16% growth in funding levels over the past 5 years, and new stand-alone initiatives such as the high-frequency radar network. More recently, SECOORA is enjoying improving web and social media presence and increasing followers year on year. 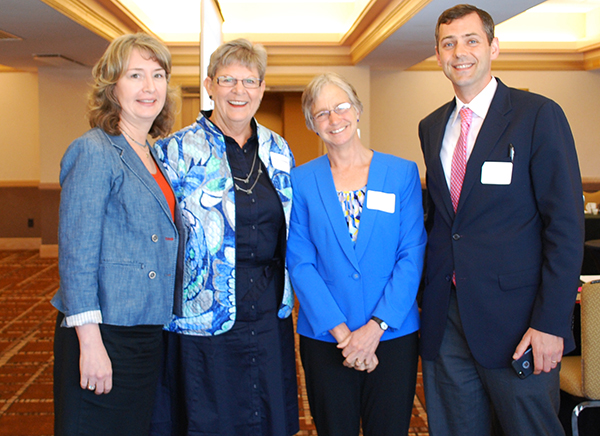 SECOORA is engaging the Axiom Corporation on re-visioning the organization’s data management and communications operations. Axiom is currently working with the IOOS Program, as well as IOOS regional Associations in Alaska (AOOS) and Central and Northern California (CENCOOS) to improve and standardize their data management and communications practices. Rob Bochanek from Axiom demonstrated some initial planned capabilities to the SECOORA board, which showed there is potential to both improve the ability to access and use SECOORA data as well as capitalize upon previous IOOS data management investments and standardize some data management approaches across a number of IOOS regional associations. 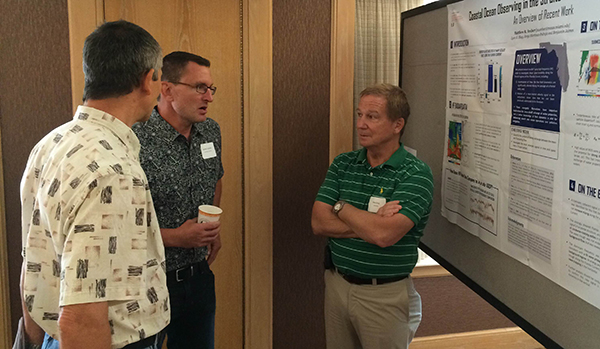 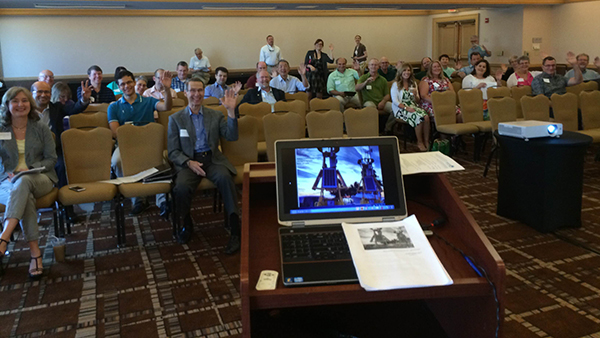 Capt. Mike Getchell, Jacksonville Marine Transportation Exchange, Inc gave a very engaging briefing on the capabilities of the Port of Jacksonville Physical Oceanographic Real-Time System) PORTS, which is a network of sensors providing real-time oceanographic data in port areas to promote safe and efficient navigation. PORTS are implemented and maintained by local port authorities, and data is sent to, validated, and disseminated by the the NOAA Center for Operational Oceanic Products and Services (CO-OPS). Implemented with assistance from a Federal grant and with guidance from NOAA and local stakeholders, the Jacksonville PORTS system guides decision-making within the Jacksonville Port system, which is the 4th largest-growing port in the United States and the #1 port for automobile exports nationwide. Captain Getchell spoke about the unique conditions of the port (they run sensors down over 60 miles of river), and stories of some of the recent port operations decisions made benefiting from the PORTS data. 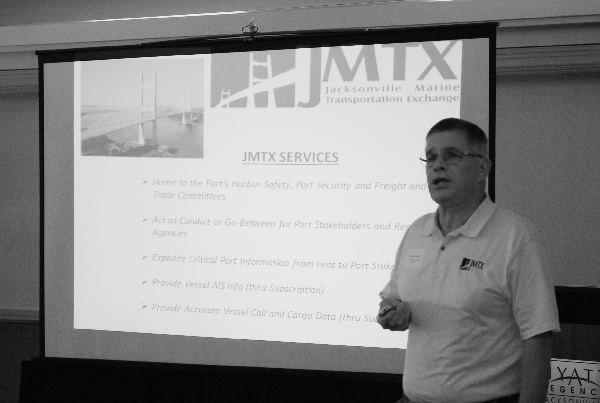