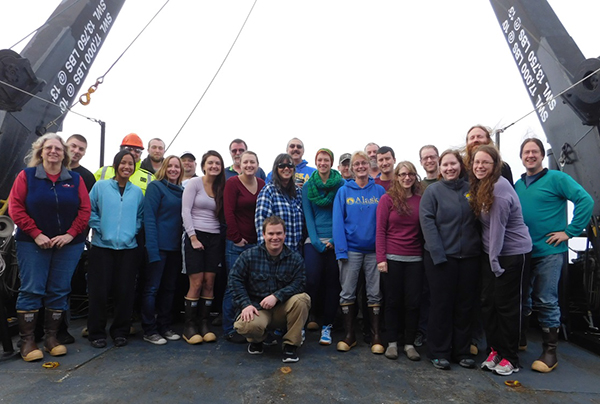 Researchers aboard the Norsemen II in the Chukchi Sea. Photo Credit: Katrin Iken

Marine biodiversity is a key indicator of ocean health and critical ecosystem services that contribute to human life. Monitoring biodiversity and building an integrated picture over improves our ability to forecast and respond to potential threats. The unprecedented effects of climate change combined with strong seasonal cycles and increasing human activities in the Arctic make this region particularly important to monitor.

Despite challenging weather conditions, the team was able to complete sampling of the entire Chukchi shelf from south to north and across the shelf from nearshore to 250 km (150 miles) offshore. Key findings from Year 1 on the water column, the sea floor, marine mammals and seabirds include: 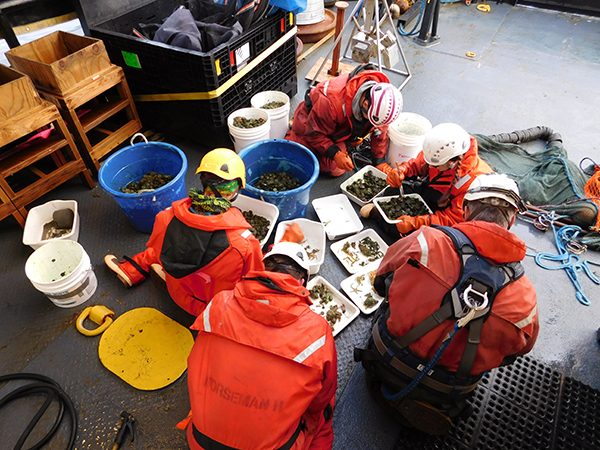 AMBON is a joint initiative taking place under the National Oceanographic Partnership Program (NOPP) with support from the Bureau of Ocean Energy Management (BOEM), the National Oceanic and Atmospheric Administration (NOAA) and industry (Shell Oil Company). This project, along with similar efforts in the Florida Keys and Monterey Bay and the Santa Barbara Channel in California, is one of three U.S. demonstration projects helping to develop a Marine Biodiversity Observing Network (MBON) for the nation. It aims to develop good practices for a biodiversity network that can be translated to other regions and ecosystems. Beyond the Chukchi Sea, and will network across the pan-Arctic and on a global scale with other biodiversity observing networks. The project also will integrate with past and ongoing research programs on the U.S. Arctic shelf to develop an Arctic biodiversity observation network of shared information and open data access. The study is expected to run until 2019. Future research will include data collection from NASA and NOAA satellites. 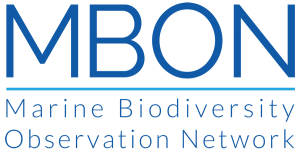