IOOSians-in-Training: A Visit to Rutgers 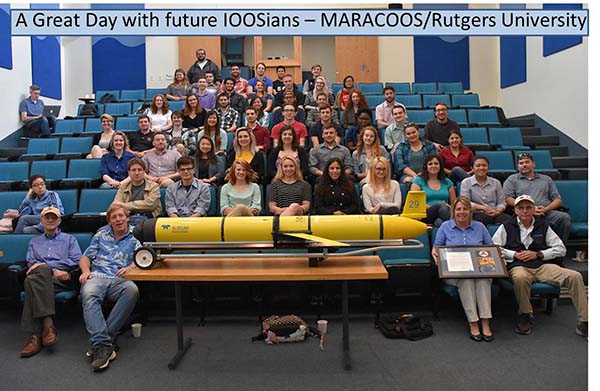 In 2012, I stood in the Rutgers University class room and christened RU-29. On April 26, I was back in that same classroom with RU-29 after her victorious swim of over 20,000 km around the Atlantic from New Jersey to Cape Town, to Brazil and back to Cape Town as part of the Challenger Mission. The Challenger Mission is retracing the path of the HMS Challenger from 1858's ground-breaking Challenger Expedition--only this time we're using gliders instead of a ship. A sight to behold! I was told the only sticker that lasted the entire voyage was the IOOS sticker, and it was the only place barnacles never attached themselves. Now that is dual use.

This was a perfect backdrop for me to talk to the students of Rutgers University's ocean observing research class about the role they play--not only in IOOS but in the greater international observing community. They are one of the very few undergraduate classes that have students involved in IOOS--which is fitting as Rutgers is the operational lead for IOOS RA MARACOOS. I talked to the students about my career and opportunities that await them after they graduate.

I was honored when Rutgers presented me a plaque with a picture of me christening the glider, the letter I signed that sailed with the Challenger and one of the miniature explorer flags that also went along for the ride. It was really touching and meant a great deal that they recognized the role of NOAA and IOOS support in such an endeavor.  For a full photo set from the event, check out RU COOL's flickr feed! 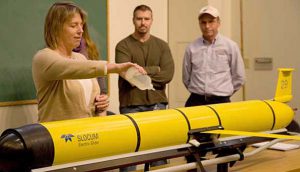 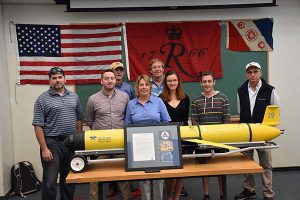 And now! Zdenka with Dean, Professors and students who where there when we christened the glider and the plaque presented to Zdenka. Photo Credit: IOOS/NOAA

I then had a great time hearing from each of the students as they briefed the results of their class projects. The projects covered a gamut of ocean observing topics and tech, including animal tagging/tracking, Challenger mission planning, using Ocean Observatories Initiative (OOI) data, climate change effects on fish species movements, the need for more Marine Protected Areas (MPA), and what observations tells us about storm tracks. The student’s projects improve every year and I was impressed by the breadth and use of ocean data within each of the projects. 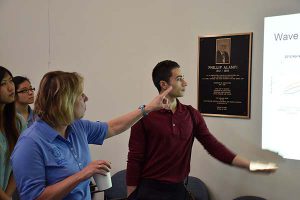 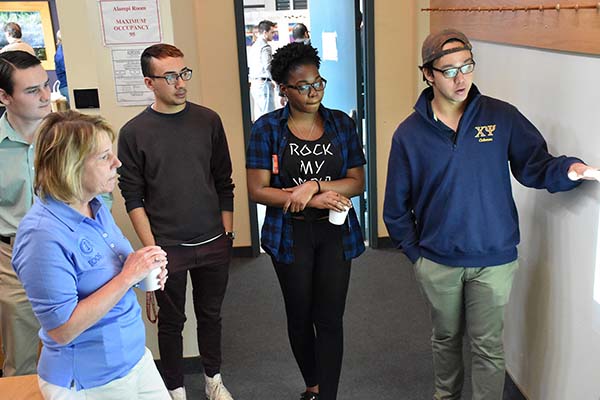 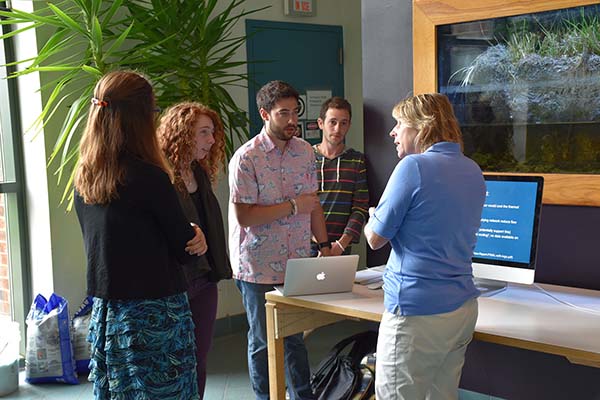 And a hearty congratulations to National Science Foundation Ocean Observatories Initiative (OOI) as the data is now flowing! At 11 am, I saw live stream video from the OOI cable array. I toured the OOI data facility and saw the information coming in from OOI before returning to the Coastal Observation Lab (COOL) room--the hub of MARACOOS data flow. Overall, a great IOOS day! 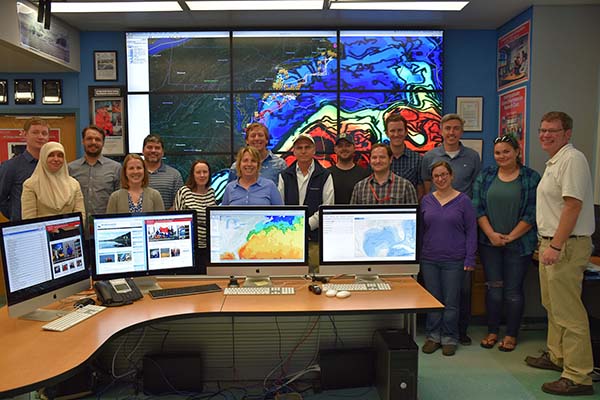 In the COOL room – the hub of operations. Photo Credit: IOOS/NOAA