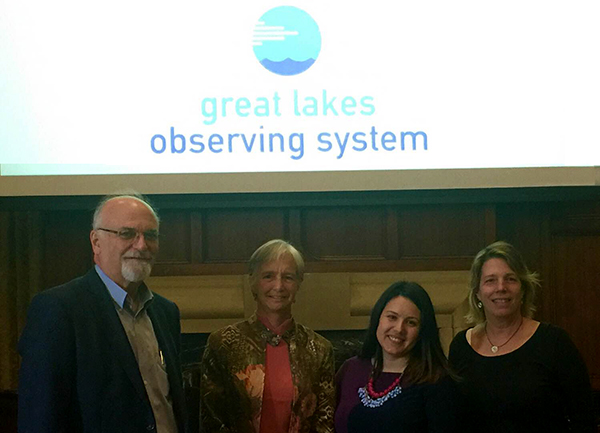 The bustling campus of the University of Michigan was the backdrop for the GLOS Annual meeting. This has been a year of transition for GLOS, with Kelli Paige being promoted to Executive Director and the hiring of two new members - Andrea Maguire, who joined GLOS in April 2015 as the Program Coordinator, and Kristin Schrader joined the GLOS as the Communications Manager in March of 2015. But that has not stopped GLOS from having a banner year. They published their Great Lakes Annual Impact Report, 2015, continued to support a strong observing network, a leader in data management and submitted their certification package – only the second IOOS RA to do so.

The front page shows the new logo that GLOS unveiled at the meeting. "We had the opportunity to piggyback our own rebranding efforts on to work done by the Integrated Ocean Observing System," said Kristin Schrader, Communications Manager at GLOS. "By using complimentary colors and the research into what people feel when they think about observing, we were able to work with a talented designer to realize our role in the community through this artwork."

I had the chance to give the IOOS State of Play briefing, which you can download here.

GLOS has set out as a major goal to lead a data sharing community. Further, the backdrop of the recent Harmful Algal Blooms causing a disruption to the drinking water dominates the discussion on observing and data needs. Finally, because in the Great Lakes the water is the drinking water and the Lakes are shared by the United States and Canada – there are complex agreements and treaties in the region that must be regarded as GLOS does their work. 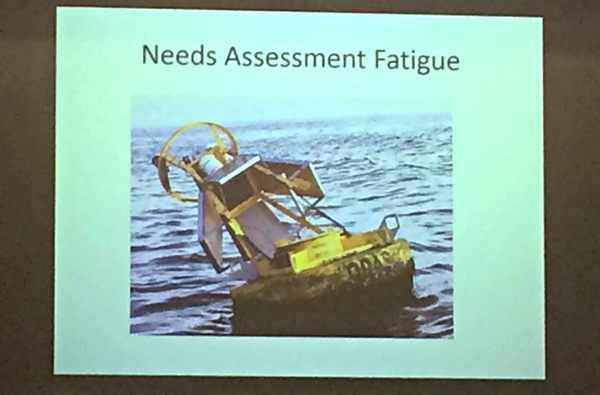 GLOS put together 5 panels that spanned from observing needs, to data and information tools to working across the many groups in the Great Lakes. A sampling of comments from the panels:

GLOS is part of the Combined Federal Campaign this year! Designate 42050 to support the Great Lakes Observing System. 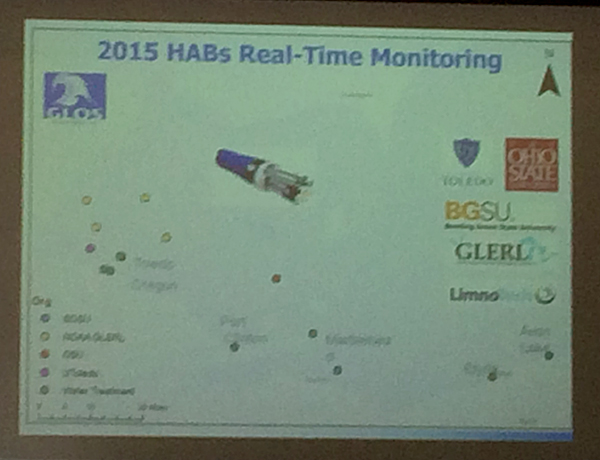