The 9th Annual Awards event weekend will take place May 20 - 22, 2016 in beautiful Monterey, California.
2016 Annual Peter Benchley™ Ocean Award Winners Announced
The world’s preeminent honors for ocean conservation recognizes a diverse group of global leaders for 2016
Often called the ‘Academy Awards for the Ocean,’ the Peter Benchley Ocean Awards will honor a diverse group of eight ocean leaders including the President of Palau, a New York Times investigative journalist, a French sailing expedition, and the Mayor of a San Diego border town.
Past winners have included four Heads of State, U.S. Secretaries of State and Defense, senators, leading marine scientists, journalists, explorers, youth leaders and citizen activists.
Officially announced on the first Monday of the New Year, the 2016 winners represent an array of marine expertise across many sectors of society. They will attend the 9th annual awards on Friday May 20, 2016 at the renowned Monterey Bay Aquarium in California. There they will receive award statues designed by acclaimed marine artist Wyland. 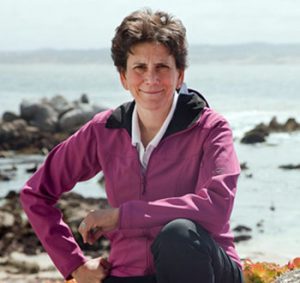 Marine biologist and Stanford professor Dr. Barbara Block is renowned for her studies of tunas, billfish, sharks, turtles and other migratory marine animals. Her work research has expanded knowledge of highly migratory fish their behavior, physiology, ecology and their interactions in the ocean using satellite tagging and tracking techniques or tags on a global scale. She established the Tuna Research and Conservation Center with the Monterey Bay Aquarium and also helped create was the leader of the decade long project for the for the Census of Marine Life called TOPP “Tagging Of Pacific Predators.” One of the outcomes of its almost decade long work was herthe TOPP program was the recognition of the California animal-rich current that runs off the western shores of North Americabetween the Arctic and Baja—dubbed the “Serengeti of the SeaBlue Seregenti.” Her Block Lab at Stanford’s Hopkins Marine Station also conducts laboratory studies continues studies of the movement and physiological ecology of marine fishes and the selective advantage of heat production in fishes.on the physiology, biomechanics and molecular genomics of tunas