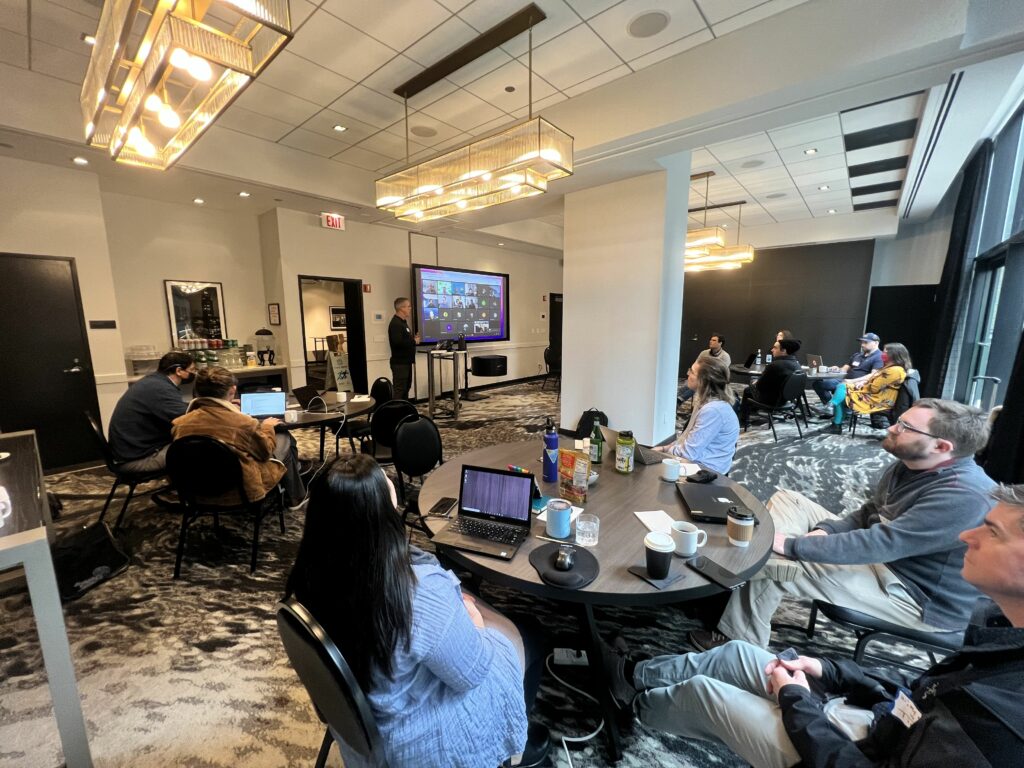 On the last week of April, some 40 coders, programmers, researchers, and developers gathered — in person and virtually — to put their skills to the test and tackle emerging themes in ocean observing data management. The second U.S. Integrated Ocean Observing System Code Sprint, hosted by the Great Lakes Observing System, was a resounding success, drawing participants from all over the globe and resulting in five new processes and tools to continue to advance our ability to produce, integrate, and communicate high quality ocean, coastal and Great Lakes information.

“We’re really happy with the outcomes of the code sprint this year,” said Mathew Biddle, U.S. IOOS data management analyst and host of the event. “Participants came from diverse backgrounds and specialties, including some that don’t often get to cross paths, and we ended up with even better results than we hoped for.”

The event was fairly evenly split between the in-person (17) and virtual (23) spaces. Once assembled, the contingent split into smaller groups to tackle topics like compliance checkers, user documentation for setting up ERDDAP servers, and open source biodiversity data. In person collaboration, augmented by Zoom, GitHub, and Slack, created a dynamic environment for development, and this year’s sprint not only resulted in several ready-to-go tools and products, but also spurred continued virtual collaboration in the GitHub and Slack spaces.

“An opportunity to work with a group of super-productive professionals to build a product we are all passionate about without having to leave my living room,” said Jon Pye, a participant in the sprint. “I don't get to focus in on one thing for long stretches of time very often and this was both an opportunity to do that and a chance to maximize the utility of the output by sharing the load and the result across many institutions and use cases.”

Immediately available tools and products from the sprint are:

At the end of the sprint, participants were asked to rate the event and it received high marks across the board. Due to a last minute shift, the event was led from the virtual space, which virtual participants remarked created a more inclusive experience for them. Looking to the future, participants were also interested in holding the event twice a year staged as one hybrid event and one fully virtual event to carry through topics from the hybrid event. Additionally, some of the projects are looking to continue their development through this year’s OceanHackWeek event.