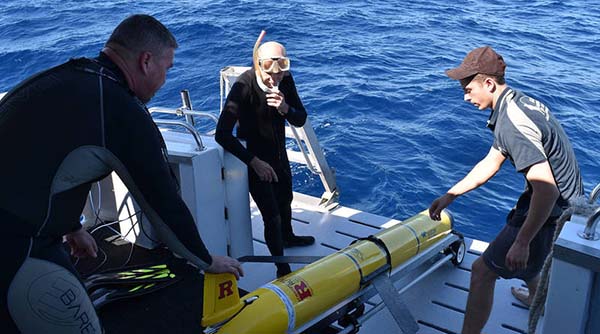 Bright and early November 7, 2016, the bright yellow RU-29 Slocum glider, dubbed "Challenger," headed out to sea once more, and is gathering data on it's third ocean basin. Early Monday morning, the Integrated Marine Observing Sytem (IMOS) teamed up with the University of Western Australia to send the glider on it's nearly 4000 mile (6200km) journey from Australia to Sri Lanka. 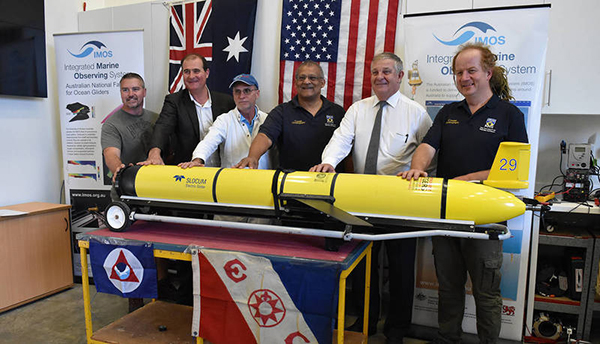 On it's trek, Challenger will be recording and transmitting readings on currents, temperature, and salinity, which will help scientists better understand how these factors affect weather and weather patterns--particularly regarding forecasting hurricanes and typhoons. This information will have value globally--making maritime commerce safer and more efficient, helping weather scientists forecast typhoons and hurricanes with greater accuracy, and more. In addition, all gathered data is open data, and accessible through the Global Telecommunication System, and ultimately integrated into data portals including the Australian Ocean Data Portal and the IOOS Glider Data Assembly Center. 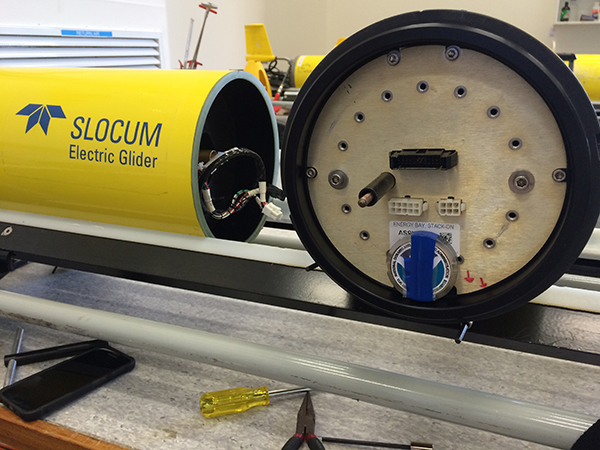 Special ballast: An enameled bronze NOAA coin has been fitted to the glider for it's journey across the Indian Ocean basin! Photo Credit: Rutgers

On this mission, the glider carries a little of NOAA at it's heart--literally. A bronze coin featuring the NOAA logo was specially fitted to a ballast weight, it's helping the glider steer while it wends its way across the equator and through the Indian Ocean. Along with it are a small NOAA flag and a letter signed by NOAA Director Dr. Kathryn Sullivan and IOOS Director Zdenka Willis--a fun nod to the international cooperation that made the mission possible.

Named for the Challenger expedition, the 19th century endeavor that laid the groundwork for the field of oceanography, the modern Challenger mission is an international collaboration, made possible by partnerships globally through the Global Ocean Observing System (GOOS), nationally through GOOS members IOOS and IMOS, and locally through Rutgers University and the University of Western Australia. The mission will send 16 gliders to cover nearly 80,000 miles (128,000km) through 5 ocean basins gathering critical ocean data and providing an unprecedented amount of information to scientists to help us better understand, and more effectively work with, the ocean that covers 71% of our planet.

Check out more of the story on the IMOS website, or learn more about Challenger on the Challenger Misson website, or follow the mission on the blog. You can also watch a video about this mission here!