Catch the Next Wave and Oceanology International 2016 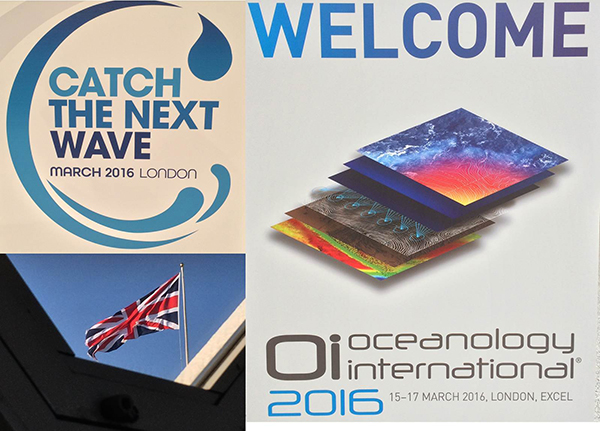 The event brings together notable scientists from the oceanographic community with experts from outside the community along a particular theme. This year, the theme was robotics and automation.

Gwyn Griffiths started the morning by talking about the change from early adopters to majority users in ocean instrumentation. Gwyn stated that this transition is often expensive, exhausting and is not always a smooth path. Our speakers then discussed possible ocean applications for existing and developing artificial intelligence and robotic surgery technologies. For instance, new developments to measure volcanic ash with UAVs and drones and robotics that are allowing us to explore deeper into the ocean than ever before. The final speaker, Kevin Hand, Deputy Chief Scientist for Solar System Exploration, NASA JPL, gave a riveting talk on exploring oceans on other planets and how this research can support research in extreme environments on earth. 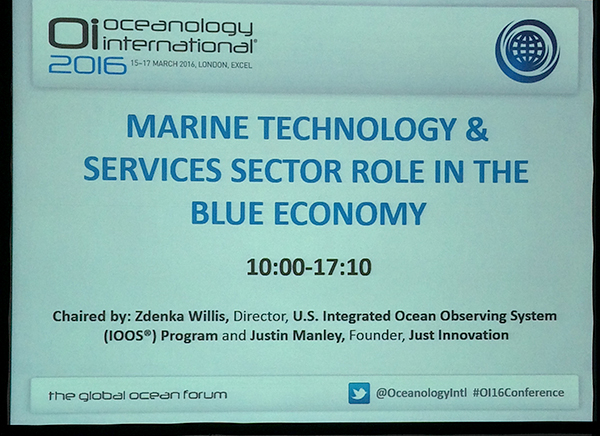 Oceanology International is the industry's largest ocean trade show and this year brought record crowds once again, with more than 5000 attendees on the first day of the conference. The main activity is on the show floor, with many companies meeting with their representatives and clients. Alongside the exhibits is a technical conference. Justin Manley of Just Innovations and I co-moderated the session on Marine Technology and Services Sector Role in the Blue Economy. 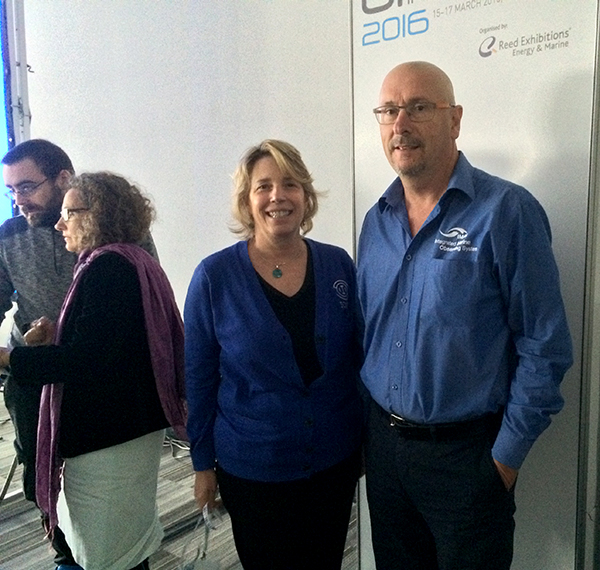 Overall, we had 17 speakers: 7 of the 17 were women and in all they represented a mix of industry and government from 10 countries. The keynote speaker was Tim Moltmann, Director of the Integrated Marine Observing System (IMOS), who showed how dedicated funding from the Australian government over the last 10 years has grown IMOS into a system that delivers on scientific questions and supports operational organizations.

The action at Oceanology International is on the trade show floor, and everyone--including this year's USA pavilion and US companies--were hard at work. Teledyne Marine rolled out their consolidated organization. CODAR SeaSonde and ASV were also among the many vendors.

I had the chance to catch up on new technologies and was impressed to see new observing technologies in microorganisms and microbes. Dr. Carmem Lara Manes, co-founder and R&D director of Microbia Environment, a French start up biotech company, explained one of their new developments: diagnostic kits to help water utilities and environmental agencies to detect harmful microorganisms in aquatic resources using genetic biosensors. 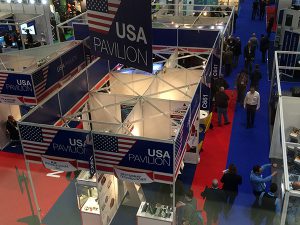 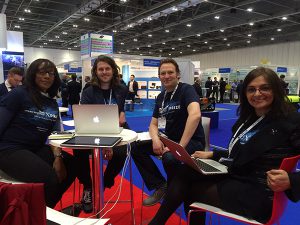 The XPrize team, working hard on their next ocean prize. Photo Credit: IOOS/NOAA 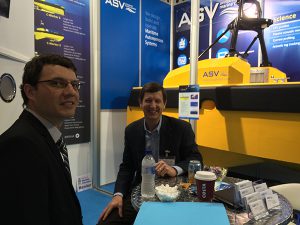 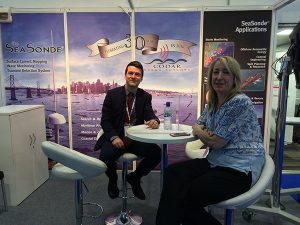