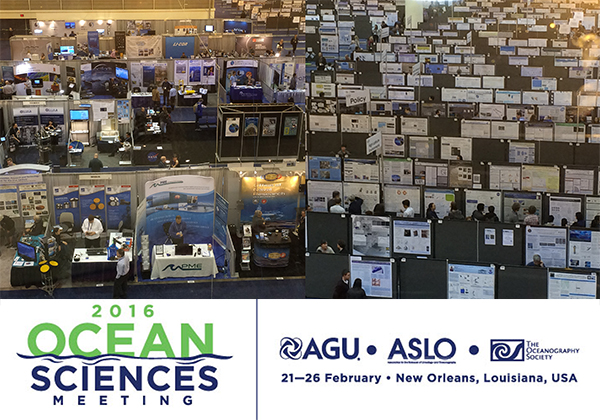 The city of Jazz and Mardi Gras, New Orleans, was the site of the 2016 Ocean Sciences meeting. The multiple concurrent sessions, plenaries, town halls, exhibits, and thousands of posters can make your head spin. With the ocean science community converging in one location, many side meetings took place as well as many hugs as distant colleagues came together once again. Zdenka Willis, Gabrielle Canonico, and Hassan Moustahfid attended from the U.S. IOOS program office. Zdenka focused on the release of the Ocean Enterprise study, Gabrielle on the marine biodiversity observation network (MBON) and Hassan on the integration of biological observations.

Zdenka participated in a town hall sponsored by Laurie Jugan with the Maritime Industries Science and Technology (MIST) cluster. She joined Barb Kirkpatrick, GCOOS Executive Director, Steve Howden, University of Southern Mississippi and Ruth Perry, Shell Oil to present perspectives from GCOOS, academia and industry on the Blue Economy. U.S. IOOS and NOAA released the Ocean Enterprise Study the week before Ocean Sciences, and Zdenka's presentation focused on the results of that study. What do the Ocean Enterprise and the National Football League have in common? Find out in Zdenka’s briefing here. (Hint: it involves the number 7.)

The Principal Investigators and team members from all three of the U.S. MBON projects met at the conference to share progress and updates. The large conference room was packed! Each of the projects was well represented, and there was strong participation from MBON partners, in particular Emmett Duffy, Director of Smithsonian's Tennenbaum Marine Observatories Network. Woody Turner (NASA) and Gabrielle Canonico (U.S. IOOS/NOAA) kicked off the meeting; discussion focused on data management approaches, genomics and eDNA method refinement, progress on seascapes (an effort to integrate remote sensing with in-situ data in a landscape ecology approach), and identification of Essential Biodiversity Variables/core variables for national and global MBON. A lot is happening with MBON, including the launch of their new website, where you can check in and follow along as the network grows and projects develop. 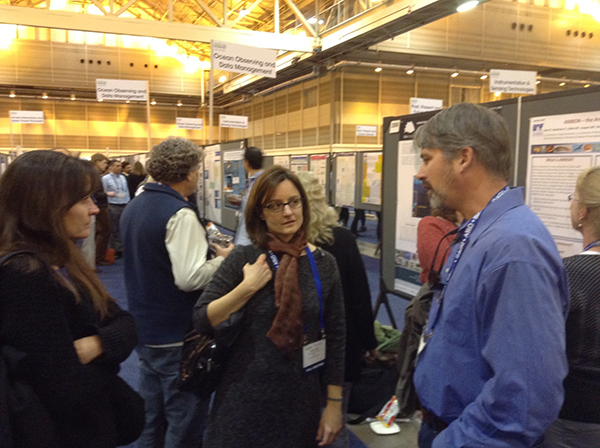 We connected with companies that are strong participants of U.S. IOOS. CODAR Ocean Sensors, who provide 90% of the US IOOS HF Radars, got into the Mardi Gras mood by providing CODAR beads for all! Datawell wave buoys, used by the United States Army Corps Coastal Data Information Program and U.S. IOOS, were represented by Eric Stoker and Mark Bushnell. Mark is no stranger to U.S. IOOS because he is the manager for the very successful QARTOD program. 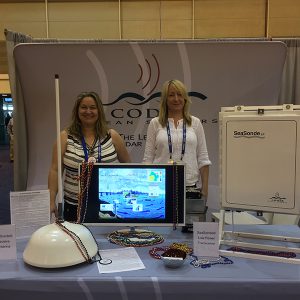 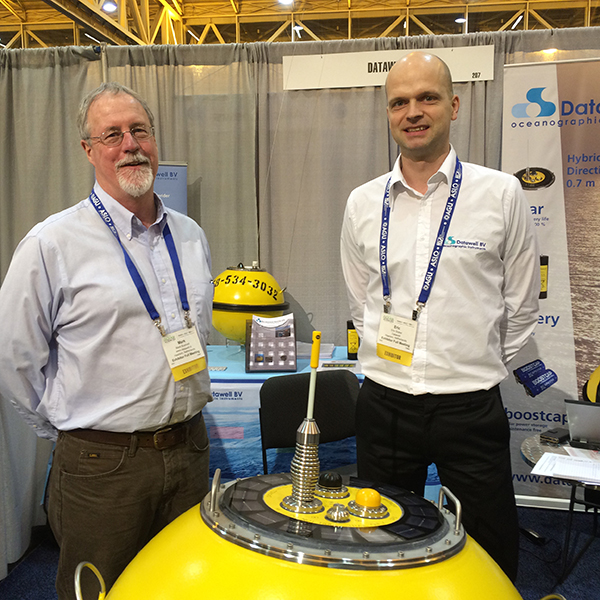