The Environmental Sample Processor (ESP), developed by Monterey Bay Aquarium Research Institute (MBARI), is a biological sensor capable of detecting harmful algal bloom (HAB) species and their related toxins in the water and communicating these data to decision makers. The ESP can also be used to detect a variety of other planktonic organisms and some pathogens. The ESP is available commercially from McLane Research Laboratories, Inc.

Also known as “red tides”, HABs are associated with a diverse array of impacts, including human illness and death from the consumption of seafood contaminated with HAB toxins, mass mortalities of fish and other marine animals, and disruption of ecosystems.  Harvesting closures cost commercial fisheries, public health, recreation, and tourism industries in the U.S. at least $82 million per year in direct costs.  Shellfish harvesting closures are a safety measure that prevents dangerous products from entering the markets, thereby protecting human health and the viability of fisheries industries.

Through a National Science Foundation (NSF) Major Research Instrument award to Don Anderson at the Woods Hole Oceanographic Institution (WHOI), with additional support from the Environmental Protection Agency, and the U.S. IOOS Program Office of the National Oceanic and Atmospheric Administration (NOAA), six ESPs were purchased for use in the Gulf of Maine, along with four pressure housings, mooring hardware, and several instruments to provide contextual data. In 2011, funding from the NOAA Monitoring and Event Response for Harmful Algal Blooms (MERHAB) Research Program, part of NOAA’s National Centers for Coastal Ocean Science (NCCOS), was provided to support a phased deployment of these instruments in the Gulf of Maine that would augment state and federal monitoring programs for HAB-associated illnesses, such as paralytic shellfish poisoning (PSP) and amnesic shellfish poisoning (ASP).

In FY13, IOOS’ Ocean Technology Transition project provided $340,000 to accelerate the transition of the ESP technology to operational use. The following was accomplished with this funding:

More information on Harmful Algal Blooms can be found at: 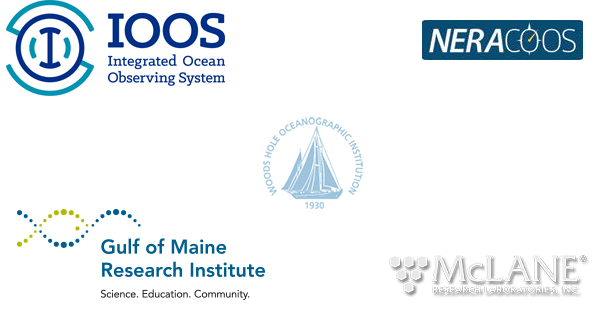